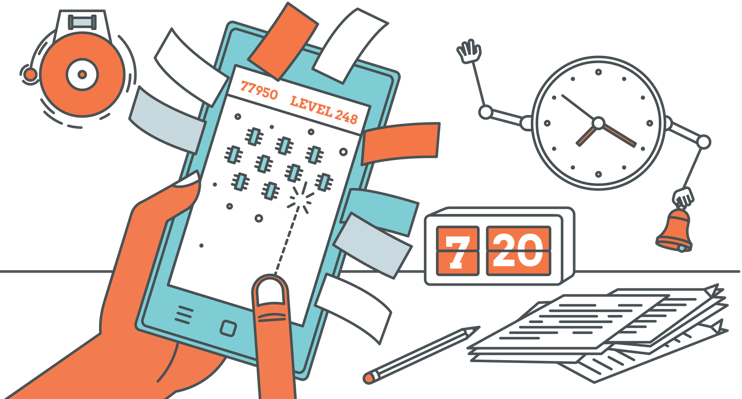 Procrastination is the art of doing everything possible except the most important work.

“First, I’ll go to the kitchen and get a glass of water.”

“Never mind. I’ll watch the news and then I’ll start working. I have to know what’s going on in the world!

The word “procrastination” is of Latin origin. Pro crastinus = for tomorrow. Procrastination is thus the act of delaying our duties until later. Until tomorrow, until Monday, until next year...

There is really no magic to fight the battle against procrastination. You have to find your own weapons and motivations. But maybe the following techniques will help you get back on track.

The pomodoro technique: 25 minutes at a time

Kitchen timers in Italy are tomato (pomodoro) shaped, hence the name “Pomodoro Technique.” Francesco Cirillo, an Italian consultant, came up with it in the late 1980s.

The Pomodoro Technique stems from the theory that the maximum period during which a person can fully concentrate is roughly half an hour. If you want to start using it, you have to split your project into 25-minute segments of highly intensive work followed by short, five-minute breaks. After you complete four “tomatoes,” you have one longer break.

This simple method apparently helps many people around the world.

Be your best self and discover 25+ ways how to be productive now.
Download our Freelancer's Guide to Productivity.

Learning how to concentrate

Did you ever catch yourself checking your email 10 times in a row? How many times you spent hours thinking about how to begin task X or Y, and later you found yourself doing something completely different?

Maybe what you really need is to learn how to focus!

Here’s a routine that you can use whenever you want. It’s a Buddhist technique. Did you ever see a Buddhist monk wasting time on Facebook?

Maybe it won’t work every single time. But if you catch yourself again spending time on something other than work, just get back to the task you want to finish. It’s not about rigid rules, but about focus and concentration. The more you practice, the better you get.