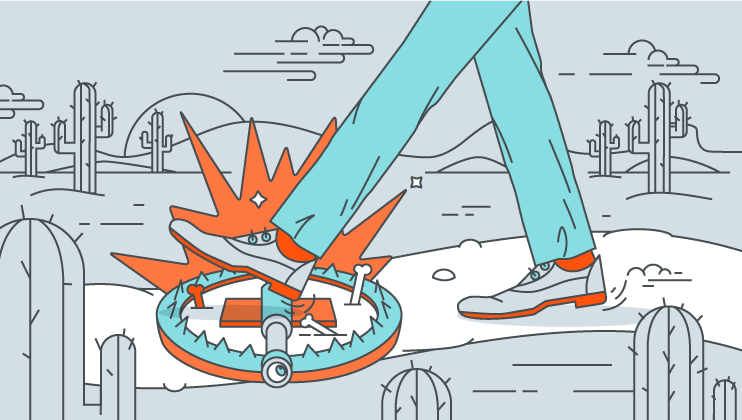 The cold hard fact about startups is that 9 out of 10 will fail. In such a fight against the odds, knowledge is power. Countless companies have shut their doors due to failed expansions, but the best we can do is recognize where things went wrong and learn from their mistakes. Read about 3 informative examples of startup expansion plans gone pear-shaped.

You don’t acquire over 1.2 billion users by sticking to local prospects, and WhatsApp was successful in scaling all over the globe. Unfortunately, one minor oversight turned out to be a mistake worth quarter of a million euros. WhatsApp made a website version for its German customers that was translated into German, all but one tiny part. The terms of use were accidentally left in English, which prompted the Federation of German Consumer Organizations to file a lawsuit because of the technical language that made the terms of use “largely incomprehensible” to German users. A smaller startup wouldn’t have survived such a financial blow, but WhatsApp lived to learn from its mistake and pay attention to detail in the future.

It seems like the Germans are not to be taken lightly, according to another example of a failed expansion to Germany. Uber tried to copy its successful business model into many European markets, but wasn’t welcomed everywhere. Most roadblocks were of a legal nature, since the Uber concept clashed with various transport and safety laws and regulations. The German government did its best to protect the local taxi and transportation services from the competition, resulting in fine after fine and court orders that banned the Uber app in cities like Frankfurt.

Uber had to stop its planned expansion into other German cities and to cease operations in every location but Berlin. At least the police didn’t raid its headquarters like they did in Netherlands, but that’s another story you can read more about in our Ebook about 13 Global Expansion Failures.

Many startups dive into a market without learning its quirks, which is substantially harder for an outsider with limited knowledge of local culture and customs. DoorMint started as an online on-demand services marketplace, connecting customers with providers of services like plumbing or pest control. As the company grew and its founders decided to scale, they chose to focus on one type of service. DoorMint transformed into an online laundry and dry-cleaning service, which proved to be a bad choice mostly due to cultural specifics. In India, there are traditional launderers called dhobi whose services are affordable and have been used by wealthier families for generations. People saw no reason to change the way things have been done for so long, and DoorMint lost the battle to local dhobis.

It seems scary that a small oversight can have grave consequences, since scaling to a new market is hard as it is without having to consider all market specifics. Whether you decide to perform market research on your own or to hire an agency, you shouldn’t neglect factors that make the market unique — like local language(s), legal requirements, and cultural diversity. If you’re interested to know more about common expansion mistakes, download our 13 Global Expansion Fails Ebook with 10 more great real-life examples.